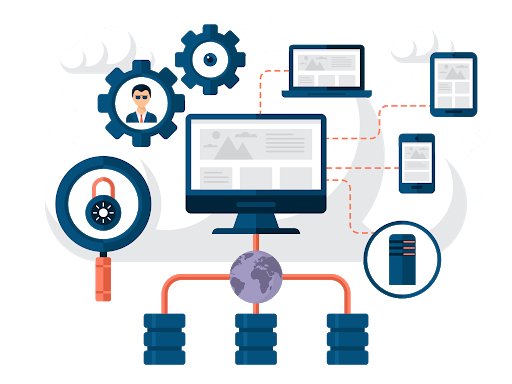 If you're interested in starting a website, you're probably aware that you need some type of website hosting to make it available online. Two common types of hosting are VPS Hosting and Dedicated Hosting, and it's important to understand the difference. While you may be tempted to just look at the normally lower price of VPS Hosting and make your choice based on cost alone, you may be doing yourself an expensive disservice. While you could save some money with VPS Hosting in the short-term, you may find that you need to spend a lot of money later on if your website grows significantly. Along with differences in pricing, there are a number of differences in how resources are managed. The type of hosting you'll need will depend on the kind of site you intend to run as well as if you expect to need more bandwidth or data in the future.

AN INTRO TO HOSTING

Just like with a regular computer, the amount of RAM, storage and bandwidth will determine how fast or slow access is. Once you reach your storage, bandwidth or RAM cap, your website is liable to encounter problems or run slowly in the same way you’ll run into problems if you try to do too many things at once on your computer.

The difference between different types of hosting comes down to how resources are allocated and who has control over them. Now that we’ve covered the basics of hosting, we’ll start discussing the differences between VPS and Dedicated Hosting.

To understand VPS Hosting, it’s helpful to understand shared hosting. Shared hosting is similar to having several user accounts on a computer, but instead of being used one at a time, everyone can use the computer, or in this case host, at the same time. This means that if one website is using a large amount of RAM or bandwidth, other websites hosted on the same server will have fewer resources available to them.

VPS Hosting still involves hosting several websites on the same server, but there’s a hypervisor that ensures that one website doesn’t start causing trouble for the other sites on the server. With VPS Hosting, you’re allocated a certain amount of RAM, bandwidth and server space. For example, if a hosting server has 100 MB of RAM and there are 10 sites being hosted on the server, each website will get 10 MB of RAM. The same follows for every other type of resource.

DEDICATED HOSTING There are a number of ways that dedicated hosting can be set up and managed, but the key thing is that one website has an entire server to itself. Management of the system, such as ensuring it software updates occur and protecting the server from malware, can be allocated to the hosting provider or the person using the server can do it themselves.

With a dedicated server, you’re able to choose the equipment, including the amount and type of RAM, the size and type of hard drive and the processor, used in the server. Further, 100 percent of the server’s resources are allocated to your site and they aren’t shared with any others.